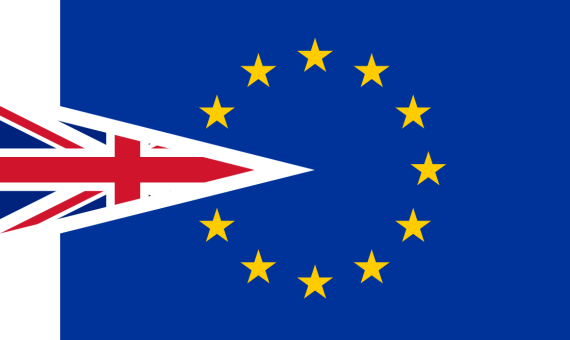 Over the past week, two things happened which inspired me to write this post.  First I read this story on how the Dutch government had set up a website to provide guidance to its citizens on how to prepare for Brexit, and of course I immediately imagined how awesome it would be if the Dutch Brexit monster featured in the story teamed up with Gritty for a buddy comedy.  Second, I read FCIL-SIS Chair Catherine Deane’s column in the FCIL Newsletter asking for people to volunteer to write a blog post for Diplawmatic Dialogues.

As much as I know you were hoping to read my script ideas for the Gritty/Brexit monster buddy comedy, I began wondering if any other countries had created a comprehensive guidance site for its citizens and businesses in advance of Brexit (and especially a no-deal Brexit).  It had previously occurred to me that teaching an EU and/or UK research classes this semester would be very challenging given the timing of Brexit, and I figured the best thing I could recommend to students given this uncertainty would be to look for and follow government guidance documents.

Why recommend government guidance documents?  Because the actual withdrawal of the United Kingdom from the EU – currently scheduled to occur at 11pm GMT on March 29 – now looks like it will be very abrupt (if it happens at all), it will not be possible to amend all relevant laws to reflect the changes immediately (check out this blog post for a brief overview of the magnitude of changes that need to occur).  Thus, it will be important for anyone with an interest in Brexit to follow the government’s guidance on how to deal with it until the law can catch up.  Not only is the guidance going to be crucial for those living and working in the UK, it will also be extremely important for any country that currently engages with the UK in its (soon to be former?) capacity as a fellow EU member.   Therefore, a list of places to locate government guidance seemed like a good tool to create for librarians and FCIL instructors to have in their toolbox over the coming month(s).

After spending a few days searching and locating guidance information for most of the EU member states, I realized that the EU had already beaten me to creating a list of the relevant government guidance sites.  This was an extremely disappointing discovery, since I had already pitched this as a great blog post to Alyson and Susan and was really proud of my advanced Google (and Google Translate) skills.  However, from all my searching I can at least share my top research tip: because “Brexit” isn’t a real word, it’s a great search term to use in any language!   In the end, Alyson and Susan convinced me that there could still be value in my post, and so I humbly present a (shorter) list of relevant sites for locating government guidance on Brexit.

It should go without saying that this is what I was able to locate as of February 26, 2019; the landscape of Brexit guidance will undoubtedly change the closer we get to “B-day”, and will also change if the UK government takes new action in the interim (the latest update is that a “meaningful vote” will be held by March 12), so stay tuned!*

Even non-EU member states are finding it necessary to prepare for Brexit, as these countries interact with the United Kingdom under various bilateral agreements with the European Union and the European Economic Area; see, for example, this recent agreement on arrangements of citizen’s rights for many of these non-EU countries.  Three countries that have especially close ties with the UK are listed here:

*Looking for suggestions on how to “stay tuned” to the ever-changing world of Brexit?  Here are some of my go-to sources for Brexit coverage:

One response to “Locating UK and EU Guidance on Brexit”